After learning in our Shamanic School, the student will have the initiation, a ceremony which is called Karpay, held in the highlands of Cusco. There the aspiring Shaman will make a covenant with the subtle energies of nature: the mountains, Mother Earth and more.

The shamanic initiation ritual or Karpay has the following parts:

We will travel up to the windy, wild Andean highlands, next to the mighty, sacred Apu Ausangate (Apu means holy mountain), a traditional snowy in Andean shamanism. We’ll be carrying an offering to present it to the majestic mountain, as a worship of its powerful subtle energies.

Next we go to the Blue Lagoon in order to properly conduct the cleansing of negative energies and karmas. There, at that strong natural energy spot, our expert Shamans will use their tools and secrets to clean all negative karmas and vibrations. The tradition says that the lagoon is the huge mouth of an anaconda, which will swallow all the sins and negative sources and take them to the underworld, to be washed away by the water currents.

INTRODUCTION TO THE APU AUSANGATE

After being purified of those bad karmas, the student will ask the energies of nature for acceptance. This consist in two rituals:

If the forces have accepted the student, then at night we go to the Ausangate mountain, at the intersection of 3 lagoons. The mighty Apu will agree with the covenant and allow, support the student in the use of both masculine and feminine subtle powers to heal people, cleanse their negative karmas, bring them prosperity and do all the shamanic ceremonies.

The Altomisayoc Shamans (direct descendants of Inca people) will connect the student with the energy of the Apu Ausangate and also bless the student’s shamanic tools or “table”: bell, animals of power and wisdom (condor, cougar, snake), magnetic stones, the chakana (Inca southern cross constellation), flowery water, rattles and so on.

It is done also near the Apu Ausangate. The idea is achieving a balance between the coldness of the snowy and its surroundings, and the heat of the element fire. In ancient Andean shamanic worldview, fire was mainly represented by the Sun, which was the bringer of prosperity. Indeed, solar or fire energy was also a very important natural, subtle force whose worship brought evolution and well-being for the faithful.

Thus, if the natural energies show acceptance to the Karpay initiation, the student will become a brand new Shaman, ready to work in covenant with the powers of the mountains, the earth, rivers and lagoons, sacred animals, that is, in alliance with the subtle forces of nature with the aim of bringing healing, bliss, spiritual evolution to the world. The student will become an Andean priest, a Shaman. 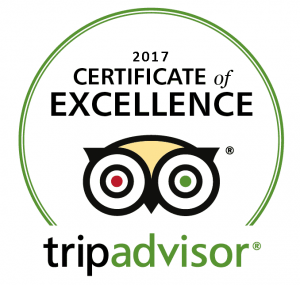 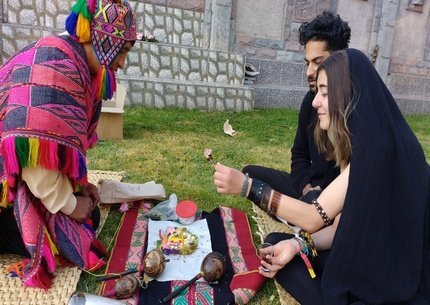 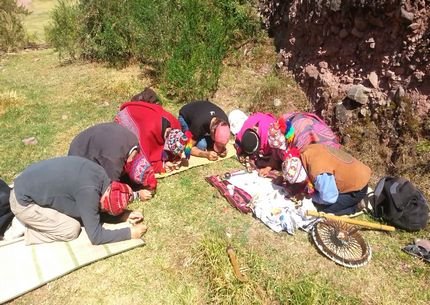 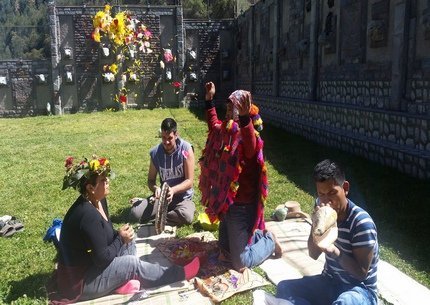